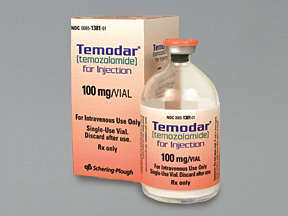 Temozolomide (brand names Temodar and Temodal and Temcad) is an oral alkylating agent used for the treatment of Grade IV astrocytoma an aggressive brain tumor, also known as glioblastoma multiforme  as well as for treating melanoma, a form of skin cancer. Temozolomide is also indicated for relapsed Grade III anaplastic astrocytoma and not indicated for, but as of 2011 used to treat oligodendroglioma brain tumors in some countries, replacing the older (and less well tolerated) PCV (Procarbazine-Lomustine-Vincristine) regimen.

The agent was developed by Malcolm Stevens and his team at Aston University in Birmingham, Temozolomide is a prodrug and an imidazotetrazine derivative of the alkylating agent dacarbazine. It has been available in the US since August 1999, and in other countries since the early 2000s.

Temozolomide is genotoxic, teratogenic and fetotoxic and should not be used during pregnancy. Lactating women should discontinue nursing while receiving the drug because of the risk of secretion into breast milk. One study indicated that women that have taken temozolomide without concomitant fertility preservation measures achieve pregnancy to a lesser rate later in life, but the study was too small to show statistical significance in the hypothesis that temozolomide would confer a risk of female infertility. In male patients, temozolomide can have genotoxic effects. Men are advised not to father a child during or up to six months after treatment and to seek advice on cryoconservation of sperm prior to treatment, because of the possibility of irreversible infertility due to temozolomide therapy. 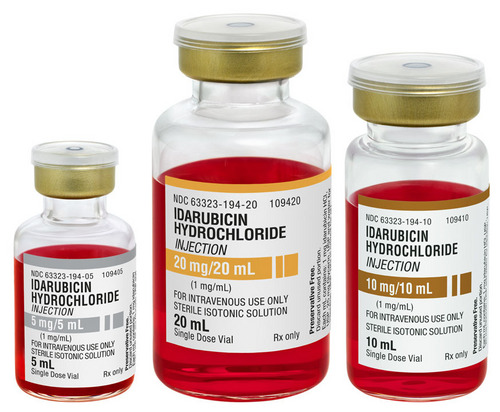