Gemcitabine (pronunciation: jem-SITE-a-been) is a nucleoside analog used as chemotherapy. It is marketed as Gemzar by Eli Lilly and Company.Chemically gemcitabine is a nucleoside analog in which the hydrogen atoms on the 2' carbon of deoxycytidine are replaced by fluorine atoms.As with fluorouracil and other analogues of pyrimidines, the triphosphate analogue of gemcitabine replaces one of the building blocks of nucleic acids, in this case cytidine, during DNA replication. The process arrests tumor growth, as only one additional nucleoside can be attached to the "faulty" nucleoside, resulting in apoptosis.Another target of gemcitabine is the enzyme ribonucleotide reductase (RNR). The diphosphate analogue binds to RNR active site and inactivates the enzyme irreversibly. Once RNR is inhibited, the cell cannot produce the deoxyribonucleotides required for DNA replication and repair, and cell apoptosis is induced.Gemcitabine is used in various carcinomas: non-small cell lung cancer, pancreatic cancer, bladder cancer and breast cancer. It is being investigated for use in esophageal cancer, and is used experimentally in lymphomas and various other tumor types. Gemcitabine represents an advance in pancreatic cancer care. It is also not as debilitating as some other forms of chemotherapy.A study reported in the Journal of the American Medical Association in 2007 suggested that gemcitabine showed benefit in patients with pancreatic cancer who were felt to have successful tumor resections.Gemcitabine became first line treatment for bladder cancer Stage 4 with metastases in combination with cisplatin after a study in 2000 with 405 patients showed similar efficacy but less toxicity compared to the former MVAC regimen. This new CG-regimen involves taking cisplatin on day 2 and taking gemcitabine on days 1, 8, and 15. In July 2006 the FDA approved gemcitabine for use with carboplatin in the treatment of advanced ovarian cancer that has relapsed at least 6 months after completion of platinum-based (e.g., carboplatin or cisplatin) therapy. Neutropenia was the most commonly reported adverse effect (90% of patients). Other serious adverse effects were mostly hematologic. Gemcitabine was recently also investigated for advanced cancer of the biliary tract and gallbladder and was found to have a modest effect on the tumor when combined with cisplatin (NEJM 2010). 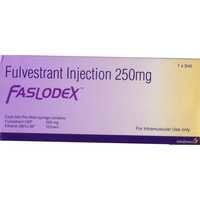 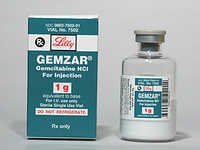